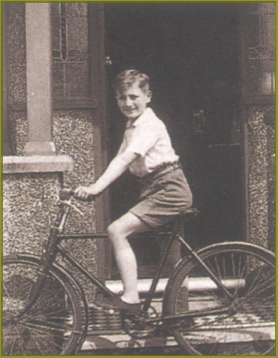 “Here's me in front of my auntie's house when I was twelve years old.” The photograph showed a thin smiling boy dressed in a white shirt and dark shorts, sitting on a bicycle. “My uncle George gave me the bicycle when I graduated from elementary school.”

“John, this plant needs a lot of light,” I said, feeling a mixture of self-consciousness and awe when I finally addressed him by name. “You should open the shutters.”

retrieve my coat and shoes. My head swirled with disbelief and exhilaration. A few days later, I got a telephone call from the Lennon's accountant. He told me to report to the Dakota at 7:30 A.M. on the following Monday. Several weeks later, l learned that my acquaintance who had referred me for the job was Yoko's tarot card reader.

“This is the White Room. Isn't it great?”

The early morning sun flooded the room through towering windows that looked onto Central Park. Across the park, buildings along Fifth Avenue stood in silhouette against the blinding sunlight. Everything in the sparsely furnished room was white: walls, carpet, and sofas.

“Where would you put plants?” he asked.

“Wow,” I replied. “You could grow almost any tree you'd like in here. I would get a very large greenhouse specimen for this room.”

A white baby-grand piano stood in a corner of the room, its top decorated with framed photographs. When I looked them over, he picked one up for me to examine.

We first met in the spring of 1977, when an acquaintance arranged a job interview for me. He said his friend lived at the famous Dakota apartments on Central Park West. He wouldn't tell me the name of the person I would meet only the apartment number. On the appointed day, I buzzed the apartment's service entrance and waited. Located in the middle of the door, a small brass plaque read, “Nutopian Embassy.” After a very long wait, a thin, shabby-looking man cradling a baby in his arms opened the door. 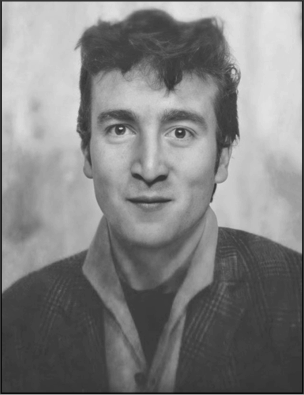 “Good afternoon,” I greeted him at the door. “I like your new haircut. You look like Elvis.”

“Thank you, thank you, this is how I looked when I started.” While he sat on the thick white carpet to remove his cowboy boots, I chatted with him about the public reception of his new album.

“You know, it's still a thrill to have my new record played on the radio,” he

said, now standing barefoot. “I must've heard 'Starting Over' a thousand times, but hearing it on the radio makes it real. This is the first time the critics have liked me since the Beatles. We're opening the door slowly to see if anyone is still out there.” Of course, John referred to his new album but his prophetic remark still makes me wonder.

I entered a kitchen large enough for a tennis court. Track lights on the fifteen-foot-high ceiling gave the room a soft glow. After I overcame my surprise, I turned to the man holding the baby. He was about five-foot-eight, wore a T-shirt, cutoff jeans and was barefoot. A small crucifix hung around his neck. His long hair had been pulled carelessly into a ponytail and he hadn't shaved in days. His piercing hazel eyes gave me the once-over, then softened.

“Hi, I'm John,” he said, extending his hand with a smile, “and this is Sean.” He bounced the baby as he spoke.

While I stood frozen with my back to the door, he crossed the room and handed his child to a Japanese woman preparing food. At first, I thought it was Yoko Ono but when she turned to take the baby, I could see it wasn't her. He looked over to me and nodded, saying, “Come this way.” At the far end of the kitchen, he pushed open a door, and then turned to me and said, “Please take your shoes off.” It was an odd request but I quickly complied. I followed him down a long dimly lit hallway as he moved with astonishing speed. At the far end of the corridor, he threw open a set of double doors. Blinding sunlight greeted us.

While I awaited their return, I cared for a large collection of plants and indoor trees I'd installed over the past four years. I tended to the eight-foot pigmy date palm (Phoenix roebelenii), three huge pots of Aloe (Aloe ciliaris) that had recently bloomed, and several moth orchids (Phalaenopsis) in a room near the front door when John came home. Since I'd last seen him, his shoulder-length hair had been cut short.

While I studied the other photos, he spirited from the room. “There's some plants in here,” he called. In the adjoining room, a small indoor tree stood in front of the only window.

“What kind of tree is this?” he asked.

“You mean we're going to have figs?” he said with childlike wonder.

“No. This is a Ficus benjamina. Edible figs come from a different species. Don't forget that, I joked; we'll have a short quiz.” He looked amused but didn't laugh or offer a quip.

Next, I followed him across the hall and down another corridor. “Yoko's favorite plant is in here,” he said, opening the door. We entered the master bedroom. On one side of the room, a television flickered with the sound off. Across the room, opposite the TV, stood a king-sized bed. John sat on it and gestured to the plant. “It's a Ming tree.” The six-foot-high Aralia tree (Polyscias fruticosa) stood in front of the only window in the room, which had the shutters closed.

All photos are used for a nonprofit, educational purpose with a claim of fair use.

This web site is copyright © 2020 by Michael Barbosa Medeiros.

Monday morning December 8th was cold and gray when I left the Dakota on an errand for John and Yoko. When I returned to the building a few hours later, a warm sun had scattered the morning gloom. I let myself into their apartment where the Japanese housekeeper told me they had gone to the office to give an interview about Double Fantasy. John had recently emerged from five years of self-imposed seclusion, eager to tell the world about his new record and his new life.